You are here: Home / Inspiration / A Little Gift to Share with You 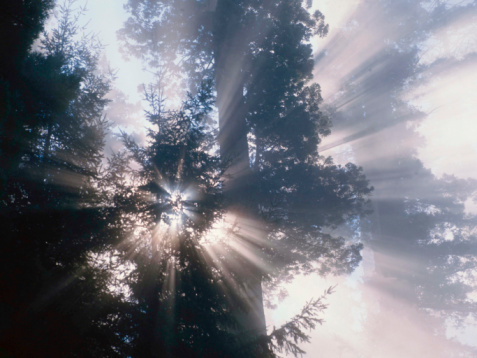 Spiritual consciousness often begins with a sudden realization that all the objects our five senses bring to our attention are unreal and far from the reality of things. This is the moment in our practice that we catch the first glimpse of a higher self. Despite the fact that we may believe it, have faith in it – KNOWING for the first time is not something you can explain in words.

It is the moment where any lingering doubt in our minds as to the sanity of our beliefs or faiths is forever dispelled, no matter how deep it may hide. From this first consciousness changing event, we become energized and light, realizing that this deep knowing is now forever part of our being.

Aside from these same words echoed throughout the ages by sages, yogis, and prophets – western science has seen this truth reflected in our illusion of reality as well. The field of quantum physics has found many of its scientists turned into spiritualists in the face of undeniable truth: In the manner of sages of old – a tiny riddle of sorts –

No destination in any of our lives…only REALIZATION.

Deep in my own quest of being nobody and going nowhere while meditating in a cave, I discovered one of my own realizations…but I’m going to drift a little first.

Both Yoga and meditation – and I think of Yoga personally as an active form of meditation – are truly about one goal and one goal alone: The realization of a state of oneness with Divine Consciousness which will pervade all aspects of our lives and allow us to become the “shining mirror” reflecting Divine Consciousness outwards in an ever expanding field of true Divine Love.

Yoga accomplishes this for some (myself included, as I’m finding out) on a level unique to it and other such practices such as Tai Chi, Qi Gong, and various more spiritually-based forms of Kung Fu. In Yoga, the mind of the practitioner becomes focused on the action occurring during the asana at first, which is ultimately incorrect – but it does give the lazy mind a crash course in attentiveness. From there, it is easier for some to quieten the mind and allow the body to be doing the posture, the mind focused on no thought and feeling the true peace that inner silence offers.

Meditation, on the other hand, requires more will in the beginning phase, especially if you are practicing under someone or in a class demanding certain ‘sitting’ styles. While it is very true that enhanced and beneficial effects are achieved through these styles, it is important to remember that they were developed in a culture used to very little sedentary time among many other factors. For those in the West who may lack the flexibility to assume one of these seated postures, I recommend sitting on a chair where your knees will maintain a ninety degree angle and you can place your feet flat on the floor naturally. Sitting upright for any extended period can be painful to some the first time – this is unavoidable but will dissipate as your spine corrects itself to its natural position.

Place your hands on your knees palm upward or palm downward, you may choose to touch your index finger and thumb together and place your hands in your lap. Then…consider taking Yoga!

Given that meditation, Yoga, and all the other forms of awakening ourselves to the realization that were and are always one with Divine Consciousness…I offer meditating on this during your practice, see the deeper realizations under these few words – whether Yoga, meditation, or otherwise:

Some thoughts to get you thinking:

The kingdom of Heaven lies within you.
The Infinite power of the Divine is individualized in each of us.
There is nothing to attain…just silence within.