You are here: Home / In The News / A Reason to Breathe … A Day for Taking Refuge 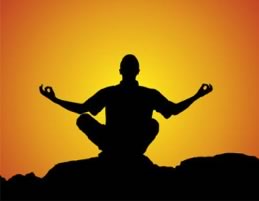 Eleven years ago today, my wife came perilously close to losing her life in the 9-11 attacks. Every year on this date, I have a special reason to breathe mindfully, take refuge, and seek balance.

When Siddhartha identified hatred, greed, and delusion as “The Three Poisons” that cause human suffering, it was a stroke of genius. The terrorist attacks of 2001 were absolutely emblematic of the first and third of these: imagine the hatred required to kill thousands of civilians whom you’ve never met and have never harmed you in any way. Consider the depth of delusion it takes to imagine that a deity will confer post-mortem rewards for committing mass murder!

An atrocity of such magnitude, however, can also serve as an incentive for spiritual practitioners to pursue the opposites of those poisonous mental states: love, generosity, and enlightenment. I am reminded once again of the simple observation that “hatred does not cease by hatred; by love alone does it cease.” We can breathe mindfully, love deeply, and smile.

There will always be madmen intent on inflicting harm and taking life. We need not sink to their level in response; if we do, we invalidate our own spiritual practice. We must do everything in our power to protect ourselves and those we love from those suffering from hate-addled minds, but we can do so in a compassionate state. We can hope that they will seek and find enlightenment, even as we defend against the harm they seek to inflict.

This is a day for taking refuge in the power of awakening, in the strength of community, in the joy of mental clarity. I am inspired always by Thich Nhat Hahn, who witnessed firsthand the devastation of war in his homeland, and responded by initiating the “Engaged Buddhism” movement. As a young monk in Vietnam, he realized that it was insupportable for him and his fellow practitioners to remain behind the monastery walls meditating while bombs fell on nearby civilians. Instead, they went into the war-torn villages, doing all they could to relieve the tremendous suffering there. Nhat Hahn later traveled in a peacemaking mission to the United States, where (in his words) “many of the seeds of the conflict originated.” There, he confounded his own government by refusing to take sides. The carnage, he said, was not the fault of the Viet Cong nor the Americans; neither the communists nor the capitalists were to blame. Instead, he said, the suffering and loss of life in Vietnam were the result of a mass delusion: the idea that a disagreement about the best way of arranging an economy was a reason to kill. In response, his government exiled him from Vietnam; Rev. Martin Luther King, Jr. subsequently nominated him for the Nobel Peace Prize.

As my country enters its eleventh year of continuous warfare in a new generation, it is sobering to realize how easily the lessons of the past are forgotten. We were not attacked in 2001 by any country, but by a band of psychopaths deluded by hateful ideology and intent on inflicting maximum carnage, throwing their own lives away in the process. Of course we have to protect ourselves against such individuals and groups, but I submit that to continue waging war in a foreign country (and in the minds and souls of our young people in combat) is at best an inefficient means of doing so. At worst, it is a kind of madness.

This is not a viewpoint born of naiveté. I am fully aware that Osama bin Laden, had he survived, would have continued plotting death and destruction throughout the Western world. But he is no longer with us. The leadership of Al Qaeda is decimated and the influence of the Taliban is in tatters. It is time to conclude the conflict in Afghanistan with the same honor and dignity with which we ended the warrantless war in Iraq. To heal the wounds of war, both physical and psychic.

There is an alarming suicide rate among our returning soldiers; we lose about one each day. This should come as no surprise. We drop them into hell with a mandate to kill other human beings, and expect them to come home mentally and spiritually whole. I hope they will learn mindfulness meditation techniques—or any other techniques that work for them—to deal with and process the horrors they have experienced.

For me, this date is an annual reminder of the consequences of hatred and delusion, and an opportunity to transform those mental states into love and awakening. Reimagined by a relatively enlightened leader into a day set aside for community service, it also stands as a call for a collective return to sanity.