You are here: Home / About Yoga Flavored Life

Welcome to Yoga Flavored Life – a blog with tips and ideas to help you energize your yoga practice and live a vibrant life!

A Few Benefits of Yoga

Yoga can improve your life in countless ways; relaxing your mind, strengthening your body and renewing your spirit.

Yoga has migrated from the east to the west over the past few decades. More recently, it has blossomed as a mainstream trend in fitness alternatives. Studies related to pain relief, natural remedies, and alternative resources for increasing personal wellness have lent credibility and brought about a renewed awareness and appreciation for yoga.

Yoga is not just for gurus or the very flexible. Anyone can practice yoga and benefit by building a healthy body and mind. This site is dedicated to helping you explore yoga and how it fits into your life. 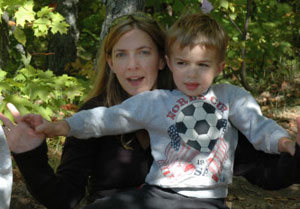 My personal introduction to Yoga began after a knee injury. Karate had given me a life framework, been my sanity saver and fitness method until I had my twin boys. Needing to get back into shape mentally and physically, I dove into my familiar karate practise but my mind was more ready than my postpartum body and I injured my knee. This was pretty devastating to my overall wellbeing.

I still wanted to exercise and I needed to re-build the strength in my knee. But my body was telling me to slow down. I decided to give yoga a try.

The first class I took hooked me with an instant affinity. I felt rejuvenated, my body felt energized and healthy.

I discovered that I am drawn to other people who practise yoga. After awhile, I realized there was so much more to yoga than the postures and I wanted to learn as much as I could.  I enrolled in a 200-hour Hatha yoga teacher training course. It was life changing.

Yoga inspires me. It makes me more fun to live with and awakens my mind.

Although I still have much to learn, I somehow always feel like I have accomplished something worthwhile after a practice. I bring this energy and sense of achievement home with me where it has a positive effect on my family.

I don’t have a lot of spare time, so I am selective with the elements I add to my life. Yoga is one of those welcome additions. It enriches my life far beyond the time I spend practising.

I hope you come to love yoga as much as I do.

William K. Ferro is a freelance writer who lives on the Chesapeake Bay. He specializes in ghostwriting, substantive editing, and web content writing. While he writes for a highly diverse clientele, his topics of choice are holistic health and spirituality; yoga and meditation; and lifestyles of health and sustainability.

He has ghostwritten three successful books; two works of fiction and one self-help health title. He is a contributing writer/editor for a holistic spirituality nonprofit. He is also the author of Opening to the Sacred: A Humanist Approach to Holistic Spirituality.

William is a decades-long practitioner of yoga and meditation, and maintains a daily spiritual practice based on the mindfulness teachings of Thich Nhat Hanh. He lives in Maryland with his wife and their two cats.

Anne-Marie Hardie has been practicing yoga for over 15 years. She has tried a variety of styles, including Ashtanga, Power (Moksha), Yoga Nidra and Flow. However, in times of stress she seems to always return to her old favourite, Hatha. Her writing has been featured in a variety of magazines including Tea and Coffee Trade Journal, Tea Magazine and www.yogaflavouredlife.com. Anne-Marie’s passions are her children, practicing yoga and drinking a fantastic cup of tea. 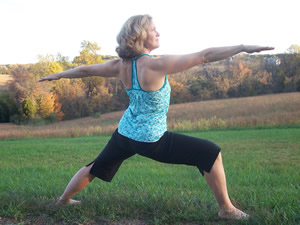 During her sixteen year career as a Director of Tour and Travel at the Hotel Washington and Ford’s Theater in Washington, DC, Jill started practicing yoga in the early 1990’s when she found it to be the perfect combination of her dance, theater, musical, and athletic backgrounds. ​She has been teaching yoga for over five years.

Previously, Jill had the privilege of traveling for two years around the world in the international performing group Up With People, where she performed as a cast dancer and singer and later was hired as a dance instructor for the Up With People cast.​ ​

Jill is married, has boy/girl twins, and lives in the foothills of Sugarloaf Mountain in ​Maryland. In her spare time she loves to jog, write, attempt to be a foodie, ​ do yoga, research yoga, and read and write about yoga. Spending time with her family and her crazy Flat Coated retriever keeps her life in a quirky Yin Yang balance. 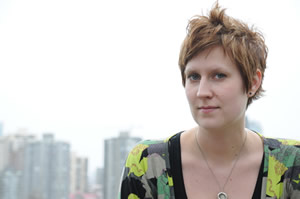 Kelly Thompson is a writer and yoga enthusiast who lives in Vancouver, BC. In September, 2011, Kelly left her job as a Logistics Officer in the Canadian Forces, and now she owns her own freelance writing and editing business, Keystone Text (keystonetext.ca). She has written for Chatelaine.com, YorkU Magazine, and now, yogaflavoredlife.com