You are here: Home / Lifestyle / The Brilliance of Interfaith Dialogue 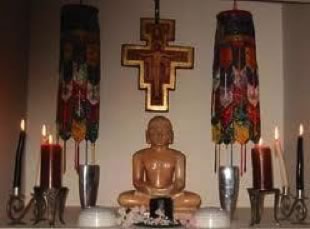 “What unites us is much greater than what separates us … It is necessary … to rid ourselves of stereotypes, of old habits and above all, it is necessary to recognize the unity that already exists.”

So wrote Pope John Paul II of Christian/Buddhist dialogue in his book, Crossing the Threshold of Hope. This call to ecumenism went a long way toward establishing an atmosphere of trust and mutual respect between Catholics and Buddhists, as well as other world religions.

Catholic/Buddhist dialogue has a rich history; the fact a Roman Pontiff would refer to “the unity that already exists” between the two religions speaks to this legacy. International summits devoted to inter-religious dialogue have occurred all over the world during the past thirty years or so. These summits have featured representatives of Judaism, Hinduism, Christianity, Islam and Buddhism; more recently, members of earth religions such as Wicca and Neo-Paganism have been included.

In 1969, Catholic leaders joined together with Jewish rabbis to found the Interreligious Council of Southern California. Two years later, Buddhist leaders led their communities to join their Catholic and Jewish neighbors, making southern California an American “hotspot” of ecumenical dialogue. This fledgling organization expanded quickly; by 1974, it had evolved into the Commission on Ecumenical and Interreligious Affairs.

One thing that makes conversations between Christians and Buddhists so interesting is that the metaphysical views of the two religions are diametrically opposed in significant ways. One teaches resurrection; the other, reincarnation. Christian doctrine teaches that the universe was created by an eternally existing God; Buddhism posits no creator deity, and one of its most essential core premises is impermanence.

All these differences aside, compassion — especially for people on society’s fringes — is central to both traditions. Catholic charities are established on the same foundation as Engaged Buddhism: the critical importance of compassion for all.

His Holiness the Dalai Lama said,