You are here: Home / Wellness / I Have to Clear 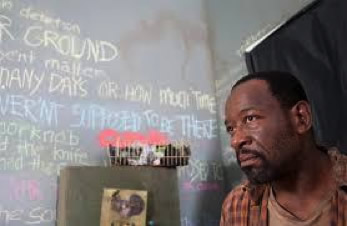 In the popular American TV show The Walking Dead, a character named Morgan, who appeared in the show’s first season, recently reappeared after a long absence. In the interim, his sole purpose in a world gone mad has become to “clear.” He lost his family in the apocalyptic viral infection; now he devotes himself to clearing brush, accumulated junk, the vectors of the infection and anything else harmful or hazardous.

That’s kind of what I do with my Facebook feed twice a week.

The number of negative, hysterical and otherwise mentally unhealthy posts that come at you through that medium on a weekly basis is staggering. Once you’ve gotten into the habit of checking Facebook several times a day, it’s very hard to shake. That little red number that tells you how many replies or comments you have is a wonder of classical conditioning. Behaviorists know that the best way to reinforce a behavior and make it habitual is not through positive, but rather intermittent, reinforcement. Sometimes there’s a number there; other times, there’s not: happens to work very well at keeping you coming back! Anyway, you’ve become addicted to reading your Facebook more than once a day, right? Doesn’t it make sense to clear your feed at least that often each week?

I’ve come to understand that, unless I do that, I’m willfully poisoning myself on a daily basis.

Our minds are like our bodies: their function and dysfunction are products of what’s put into them. Eat junk food, and you’ll tend to get indigestion and heartburn. Smoke cigarettes, and you set yourself up for multiple deadly illnesses. Read a Facebook feed that’s screaming about how everything is terrible and getting worse, and you’ll find yourself becoming discouraged, tense, cynical and angry. That soft spot in your heart, so needed for successful spiritual practice and full humanity, slowly hardens. It’s gradual; you’re hardly aware of it happening. This is the opposite of mindfulness– it’s forgetfulness, sleepwalking. You find yourself adopting attitudes that have nothing to do with the person you want to create in yourself.

So, I clear that feed about twice a week now. I look at my updates mindfully, recognize which are likely to accumulate as mental poisons, and mark them as things I do not wish to see. This is not the same as burying one’s head in the sand; plenty of information about what’s wrong and getting worse still get through, believe me! Limiting the negative images and messages your mind receives daily is simply a good prophylactic mental health practice.

I heartily recommend that you join Morgan and me and clear on a regular basis!