You are here: Home / Everyday Spirit / Deep and Compassionate Listening 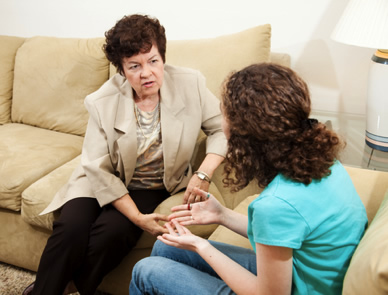 The world is in need of gifted listeners. There is so much suffering out there, so much pain defining so many lives. Many of these people would be helped immeasurably if they had someone to listen to them. An hour of talking about their problems to someone who knows how to listen deeply and compassionately would dissolve tight knots of suffering in their psyches.

We should all aspire to learn to listen with the skill of the bodhisattva Avalokitesvara, “The one who hears the cries of the world.” This means listening without interrupting, without registering judgment on our faces or through our body language. This is a learned skill that takes practice to develop! When we are engaged in this kind of deep listening, our bodies, faces and auras will make it clear that we are truly hearing the other person; that he or she is free to speak without fear of being interrupted, judged or criticized. Only then will the individual feel safe about sharing what’s inside.

There’s a good reason people spend small fortunes to talk to therapists: there is a deficit of skilled listeners in their lives. Some people go their whole lives without the benefit of finding a person skilled at deep listening; they suffer greatly and needlessly. Resolve to become that kind of listener for the people in your sphere today.

We often have no idea what’s going on inside other people. Outwardly, people may project a façade of sunny nonchalance, while they are in fact in an inward state of turmoil. How often, after suicides or homicides, do we hear expressions of utter astonishment from friends and family? “He seemed to be doing just fine;” “She was quiet and kept to herself, but I never dreamed she would hurt herself;” “He was doing so well at school and with his new girlfriend—why would he do something like this?” These are the kinds of statements and questions that often follow a tragedy brought on by unrecognized emotional illness.

The human psyche is a fragile thing; the slightest biochemical imbalance, blow to the ego, or sense of loss can have a disastrous effect. As far as we know, we are the only species in the animal kingdom that requires a sense of meaning and purpose beyond the fulfillment of basic needs. Our highly-developed cerebral cortex is what has enabled us to thrive as a species, but it also makes us vulnerable to despair. Without a sense of belonging, a higher purpose, and meaningful goals to aspire to, we fall easily into despondency. When we feel hopeless and also feel that no one understands us, the problem becomes magnified and more serious. Finding even one person who will truly listen to us in a deep and compassionate manner can make all the difference in the world!

I’ve found that conscious breathing and meditation are an absolute must in developing one’s listening skills. In order to hear what another person has to say without reacting in a counterproductive manner, we have to be fully grounded and calm. Different people have different subjects and modes of expression that “hook” their reactive minds and send them into an emotional tailspin. If you’re going into a situation that you know is fraught with emotional landmines for you, the importance of preparing with conscious breathing and meditation cannot be overstressed. There’s nothing wrong with delaying a listening session if you don’t have adequate time to prepare your mind, body and spirit—in fact, the other person is better served by it. Even better, you can get help from someone who understands and/or shares your spiritual practice (without betraying any confidences, of course).

The bodhisattva Avalokitesvara and his female counterpart Kuan Yin are often depicted in statues with many arms, symbolizing the universal help they offer to those in need. These mythological beings are also known for their listening; they are “[those] who hear the cries of the world.” I recommend taking the time and effort to become a deep and empathic listener in the tradition of Avalokitesvara/Kuan Yin. It will have a wonderful effect on your sphere of influence, relieving suffering in many people and giving you a deep sense of connectedness and usefulness.