You are here: Home / In The News / It Lies within Our Power 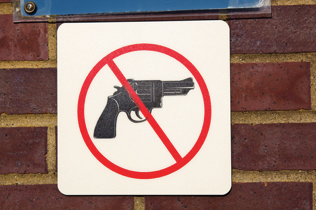 I recommend meditating for at least twenty minutes before reading or watching the news. It simply contains too many psychic toxins to approach it without centering and calming yourself first. Watching news reports (or worse, political debates) without meditating can be the emotional equivalent of knocking over a wasp’s nest without first putting on protective clothing.

Here in the nation’s capital, another unhinged person with a gun; another ideologically-motivated shooting. Mitt Romney is “appalled.” President Obama says that “violence has no place in our society.” But it is not enough to be appalled, and gun violence is in fact woven into the very fabric of American society. The presumptive Republican nominee for the presidency is beholden to the agenda of the National Rifle Association, and our sitting president has no substantive plan for getting guns off the streets (or at least out of the hands of the mentally unstable).

In Washington, DC we have a very dangerous mix: freedom of expression (a good thing), the convergence of widely divergent ideologies (a neutral thing), and absurdly easy access to firearms (in my view, a decidedly bad thing). The first (free speech) is something most of us cherish and wish to preserve; the second, an inevitable part of life in the most politically-charged environment in the Western world. That leaves the third thing: the fact that buying and walking around with a deadly weapon here is a ridiculously easy thing to do. Given the incredible damage this ease-of-access does in this country, you’d think a comprehensive plan to change it would be a no-brainer. You’d be wrong.

This time, it happened to be a deranged individual driven to shoot by the vitriol of the Family Research Council, an organization that seems driven not only to block gay and lesbian people from marrying, but from even existing. Of course, that’s not an excuse for reacting violently. I’m reminded of Kristallnacht (The Night of Broken Glass) in Germany in 1938. Driven to madness by being treated as a non-person for so long, a Jewish man assassinated a German government official. This unleashed a pogrom of destruction and violence against the Jews of Germany, which was the turning point that eventually led to their near-annihilation in the camps. It’s definitely not a parallel to the current situation: there is no systemic, government-sponsored program to wipe out the gay and lesbian population of the United States. I bring it up to only to demonstrate the fact that long periods of verbal violence almost always result in its physical expression.

Fortunately, the LGBT community released a statement deploring the gunman’s actions immediately after the incident: http://www.hrc.org/blog/entry/joint-statement-from-lgbt-organizations-on-frc-shooting. By standing in solidarity with an organization that makes no secret of its fundamental enmity toward them, this coalition of organizations is following the teachings of great spiritual leaders like the Buddha, Jesus of Nazareth, Mahatma Gandhi and the Rev. Martin Luther King. The Buddha taught,

“Hatred does not cease by hatred; by love alone does it cease.” *

And Jesus of Nazareth:

“But I say to you, love your enemies and pray for those who persecute you.” **

Next time, it may be an individual inspired by heated anti-choice rhetoric to shoot a doctor; or a religious radical driven by “holy war” mentality; or simply another disaffected high school or college student. It’s all domestic terrorism, and I would suggest that it’s more of a problem than anything we face from abroad. These perpetrators of gun violence all have at least two things in common: 1) They are sufficiently unbalanced to maim and kill for their cause; and, 2) They live in a country in which buying a gun is often as easy as obtaining a driver’s license. The latter fact is itself a form of madness; it can be successfully countered only by a groundswell of radically awake and aware citizens who are devoted to peace.

There’s a movement going on right now called “Demand a Plan;” it’s a petition of American citizens to both Barack Obama and Mitt Romney to create a substantive plan for ending gun violence in the United States. It makes the sobering point that, during the next presidential term, some 48,000 people in this country will lose their lives to gunfire. If you’re sickened by turning on the news and hearing about the shooting du jour, I encourage you to sign up here: www.DemandAPlan.org.

We must allow sanity to prevail. We need a mindfulness revolution, an ahimsa (non-harming) movement strong enough to counter the powerful gun lobby and the vested interests that support it. We will have to be careful to approach this project with the energy of mindfulness rather than the energy of warfare. If we come at it in a combative way, we will have already capitulated to those devoted to perpetuating a violent atmosphere.

It does lie within our power to end gun violence in America. Mindfulness and peaceful action will enable us to achieve this realistic and highly worthwhile goal.

* The Dhammapada: The Sayings of the Buddha, © 1976 by Thomas Byrom