You are here: Home / Yoga Tips / Kundalini Yoga: Connecting to the Chakras 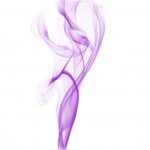 There is something that is completely rejuvenating about escaping from normal life, even if only for a few moments.  I’ve just returned from a week away, and so I’m feeling refreshed, rejuvenated and desperately wanting to leap back into my practice.

While away I did a lot of self-reflection and journaling.  Part of it could have been because of the workshop (the ayurvedic one) I had taken slightly before I left. However; I think most of the reflection was in part  because of the new pace I had become accustomed too.  And so I’m ready to get back into yoga, but with the self-awareness that I’ve been yapping about for the last few blogs.  So what would be the natural start? For me, it is Kundalini yoga and getting reconnected with the Chakras.  For the next seven weeks, I’m going to focus on each of the Chakra. But for this week, I thought I would talk about Kundalini yoga and what it brings to the yoga table.

In spring of last year, I had interviewed Nina Navjit Kaur Sidhu, Owner and Director of the Yoga and Tea Studio in Ottawa, Ontario.  Sidhu’s studio predominately teaches Kundalini yoga.

“Kundalini yoga is one of the most ancient forms, one of the umbrella or mother forms of yoga,” said Sidhu.” In Kundalini, there is the emphasis on posturing, the development of the breath and the mediation.”

One of the interesting facts about Kundalini yoga, is that in the true form the teachers follow a set of mantras or sequences as given.  In Kundalini, each set serves purpose and so is meant to be practiced as a whole.    Kundalini yoga has been described as both a physically intense and mentally intense practice, combining vigorous asanas, with breathing and meditation.

Some of the benefits of Kundalini yoga are:

Swami Rama, in the Path of Fire and Light describes Kundalini as “the primal fire that resides, coiled like a serpent, at the root of the spinal column.  The goal is to awaken Kundalini and to channel this latent energy upward, enabling the aspirant to attain the highest state of consciousness and enlightenment.”

The word Chakra literally means “a spinning wheel.”  The  chakras are often described as seven energy centres each with unique locations on the body.  Each Chakra has its unique role:  from the root chakra (muladhara) (this is where kundalini energy begins)  to the crown Chakra (Sahasrara).   Sandra Anderson in Yoga International defined “Chakras are a blueprint for the structure of the physical body, physiological and psychological functioning and spiritual development.”

Although most yoga practices include the chakra’s as part of their philosophy, Kundalini is unique in the fact that there is a kriya (set) and a mantra designed to balance each Chakra. In addition, there are kriyas that unite the seven chakras with the intent to either clear or balance them.  In fact it is challenging to read something about Kundalini yoga, without mentioning the Chakras.