You are here: Home / Inspiration / This Peaceful Revolution 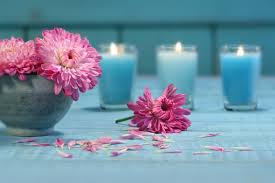 We are in the midst of a great paradigm shift. This revolution will be won by hundreds of thousands of peaceful warriors, standing firmly together for justice, peace, freedom and hope.

We thought we were victims; together, we discovered that we were the collective hero we sought.

We considered the powers of hatred, greed and delusion unstoppable, that they defined our society at its core. We learned that they yield to the collective energy of lovingkindness, generosity and awakening.

We had despaired of ever seeing the rage, bigotry and violence so pervasive in our culture changing. We witnessed joy, equanimity and nonviolence restrain and subdue them.

This revolution began in the hearts of individual moral agents; it gathered steam as these practitioners pooled their spiritual resources. We came together to generate an unstoppable tidal wave of lovingkindness, joy, compassion and equanimity.

This peaceful revolution doesn’t come to an end. It is renewed daily by the individual and collective practice of innumerable apostles of peace.