You are here: Home / Lifestyle / Sanskrit – The Language of Yoga 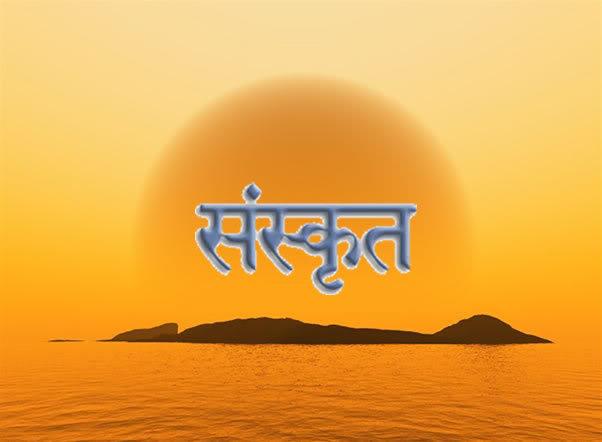 If you have ever been interested in Yoga or are an active participant, you have been exposed to this ancient sacred language.  Literally; “refined speech,” Sanskrit represents one of the oldest of the Indo-European languages – with the pre-classical Sanskrit of the RigVeda and other ancient texts dating back roughly 4500 years to 5500 years ago.  Considered the ‘cultured’ language, Sanskrit is still used today and is one of the twenty-two official languages of India.

Scholars often distinguish Vedic Sanskrit and Classical Sanskrit as separate dialects. Though they are quite similar, they differ in a number of essential points of phonology, vocabulary, grammar and syntax. Vedic Sanskrit is the language of the Vedas, a large collection of hymns, Samhitas, theological, and philosophical discussions in the Brahmanas and Upanishads. Modern linguists consider the metrical hymns of the RigVeda Samhita to be the earliest; composed by many authors over several centuries of oral tradition. The end of the Vedic period is marked by the composition of the Upanishads, which form the concluding part of the Vedic body of work in the traditional view; however the early Sutras are Vedic too, both in language and content…Around the mid first millennium BCE, Vedic Sanskrit began the transition from a first language to a second language of religion and academia.

I can still remember my first exposure to Sanskrit years ago in India where I attended my very first Yoga class. “Mumble-mumble-asana,” What?  I looked around and tried to mimic the rest of the students who instantly assumed the correct posture.  The Yoga was confusing enough that first day without the language difficulties to boot.  In my usual bull-headed fashion, I dropped all interest in the original Sanskrit terms and focused on the postures instead.  Years later, I realized that my stubbornness was causing me to miss out on an important benefit of traditional Yoga and its use of Sanskrit.

Rick Briggs, a NASA researcher once wrote this in regards to Sanskrit:

“In ancient India the intention to discover truth was so consuming, that in the process, they discovered perhaps the most perfect tool for fulfilling such a search that the world has ever known — the Sanskrit language. There is at least one language, Sanskrit, which for the duration of almost 1000 years was a living spoken language with a considerable literature of its own. Besides works of literary value, there was a long philosophical and grammatical tradition that has continued to exist with undiminished vigor until the present century. Among the accomplishments of the grammarians can be reckoned a method for paraphrasing Sanskrit in a manner that is identical not only in essence but in form with current work in Artificial Intelligence. This article demonstrates that a natural language can serve as an artificial language also, and that much work in AI has been reinventing a millennia old wheel.  The discovery is of monumental significance. It is mind-boggling to consider that we have available to us a language which has been spoken for 4-7000 years that appears to be in every respect a perfect language designed for enlightened communication.”

A spiritual language rooted in science

“But the most stunning aspect of the discovery is this: NASA the most advanced research center in the world for cutting edge technology has discovered that Sanskrit, the world’s oldest spiritual language is the only unambiguous spoken language on the planet. Considering Sanskrit’s status as a spiritual language, a further implication of this discovery is that the age old dichotomy between religion and science is an entirely unjustified one.  It is also relevant to note that in the last decade physicists have begun to comment on the striking similarities between their own discoveries and the discoveries made thousands of years ago in India which went on to form the basis of most Eastern religions.”

When we learn the Sanskrit words and meanings as related to our Yoga, we are re-establishing a connection with the vibrations of millions upon millions of Yoga followers both past and present; as well as reconnecting ourselves to the ancient wisdom and spiritual knowledge that is contained within the vast works of Eastern history.  We are speaking the same words of Patanjali and so many others – carrying on (almost unconsciously) a profound history of inquiry into the natural and spiritual world which is rivaled by no other culture on our planet.  No other language in earth’s history has been designed to work with Creation and follow the resonances of the universe and Nature itself as with Sanskrit.  Truly, the more we learn of this language, the more direct wisdom and knowledge we are able to access.

Where to learn Sanskrit

For the purposes of Yoga alone, you have probably absorbed quite a few Sanskrit words and their definitions if you are a practitioner of a traditional Yoga form.  If you wish to improve your pronunciation and vocabulary, I have found a few free resources which are very helpful:

For those more serious about this ancient and spiritual language, you may download a complete course with lessons, tests and answers here: