You are here: Home / Everyday Spirit / Stewardship or Dominion? 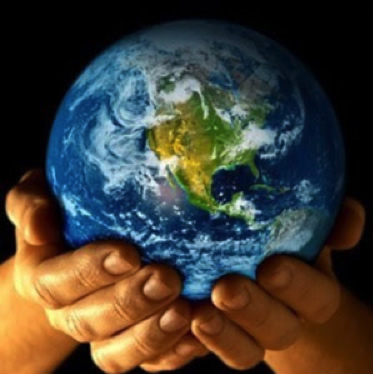 It’s an unfortunate truth that some people can’t be happy if their ability to threaten or harm other conscious beings is in any way abridged. Of course, the notion that harm or threats of harm will make us happy is an illusion; what actually fulfills us as human beings is empowering and nurturing other beings– both humans and other species.

Looking deeply, we see that causing harm to another conscious being is tantamount to harming ourselves.The Buddhist teachings on no-self, nondiscrimination and impermanence come to our aid here. As humans we are composed of nonhuman elements, just as dogs and cats are composed of non-dog-and-cat elements. All three species are made from their ancestors, the air, the water, their food and their environments generally. Remove any of those common elements, and they would cease to manifest as discrete beings. The boundary line between one conscious being and another is largely imaginary. We are all defined by interbeing: what benefits me also benefits you; what does you harm does the same to me.

In the Bible (still an authoritative text for some people), one translation has the deity giving humanity a mandate to exercise stewardship of nature, while another reads dominion over same. The former suggests working to protect natural habitats for other species; the other implies dominance and exploitation. Which of the two translations believers read and believe renders predictable outcomes in the ways they interact with the natural world.

For us humanists, there has been copious, often brilliant, speculation among contemporary philosophers on this issue over the past several decades. One of them, Australian ethicist Peter Singer, has distinguished himself as a true champion of nonhuman animal species. His books Animal Liberation and Writings on an Ethical Life are well worth reading for anyone interested in the fascinating field of bioethics.

If we decide we have the inalienable right to mindlessly slaughter other species or render their natural habitats unlivable, we wreak real havoc not only on them but on humanity as well. Poison the environment, and the environment will poison you; it really is that simple. The way we choose to interact with the earth, the biosphere, and other species has profound implications for them and for us. Will we choose sustainability and responsible stewardship over reckless domination? The answer will largely determine how long the earth’s biosphere will remain habitable for us and the countless other species with which we share it.