You are here: Home / Food / Sugar: Not So Sweet after All 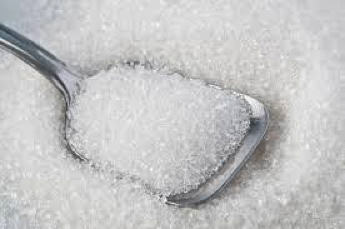 Did you know that the brain scans of cocaine addicts are almost exactly the same as those of a person who’s just eaten a sugary snack? When you think about it, the two substances do roughly the same thing: give you a short burst of energy and mania followed by a major comedown. Both are highly addictive substances, too.

We actually use the language of addiction when we talk about sugar: we’re “craving” a candy bar; we’re “hooked on mochas.” Recent scientific discoveries have underscored just how right we are to use such terminology. Sugary snacks can be almost as addictive as certain narcotics, and as difficult to kick.

Considering the harm it does, what’s the secret of sugar’s appeal? In the ancestral environment, our taste buds evolved to favor sweet foods because of the short-term energy burst they gave us. Food was far scarcer then; our ancestors sometimes went for fairly long periods between successful hunts. The sweet stuff kept them going in between. Now, of course, food is super-abundant (in the developed world), and sweet and salty snacks are available everywhere. The result? Sugar-overload, which contributes to obesity, fuels diabetes, and increases the likelihood of inflammatory diseases, including cancer.

We actually get all the sugars we need from other foods, such as fruits, vegetables and grains. Honey is an excellent sugar substitute for your coffee or tea in the morning, and filtered water; unsweetened iced tea and fruit juices can take the place of super-sweet colas and other sodas. By making small adjustments, we can kick the sugar habit and make a huge difference in our long-term wellness.