You are here: Home / Philosophy / The Most Fundamental Attack on Our Essential Integrity 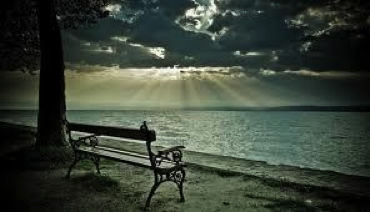 And How to Deflect It Nonviolently

It bears repeating, again and again, that human morality and ethics predate all forms of religion and philosophical schools. They are innate characteristics of Homo sapiens; their root can be seen in the reciprocity practiced by other primate species. The often-repeated epithet that we are incapable of behaving ethically without subscribing to a certain belief system should never stand unchallenged. It is the most fundamental and ubiquitous attack on our essential integrity as human beings.

Those of us who are of a secular mindset have to deal with this form of libel on an almost daily basis. Even though the “nonbelievers-are-inherently-incapable-of-morality” argument was decisively laid to rest by philosophers centuries ago, it persists. Unfortunately, in some segments of contemporary society, such specious judgments are culturally reinforced in a powerful way. Yoga practitioners are hardly immune; the ridiculous view that they somehow open themselves up to “demonic” forces surfaces perennially.

I cannot help but wonder if the people stating these views have ever thought them through to their logical conclusions. Essentially, they are saying that without an invigilating celestial entity, human beings in general would behave like sociopaths. Ours is a primate species, the members of which depend on one another for survival. Had we not enforced our innate cultural taboos on behaviors like murder, rape, theft, and perjury, we most likely would have become extinct while still in the ancestral environment. Indeed, societies that fail to observe these taboos — along with incest and cannibalism — do tend to die out in short order.

People who argue this way make us secularists distinctly nervous. In effect, they are telling us that, absent a cosmic “Big Brother” watching over their shoulders, they would act like the Jeffrey Dahmers of the world!

To find that this is demonstrably false, one need look no further than societies whose majority religions are non-theistic. Think of the Asian societies in which Buddhism and Confuscianism were regnant: they did not produce more than their share of sociopaths and psychopaths. One might fall back on the argument that “at least they had some form of religion!” That’s fine as far as it goes, but it ignores other demonstrable facts. Today, some of the countries with the lowest crime rates in the world are also the least religious. Sweden, for instance, has a remarkably low incidence of crime, with homicide rates lower than 0.1 per 100,000 citizens. Yet, according to a 2010 Eurobarometer Poll, fewer than 18% of Swedish citizens believe in a personal god. And in the United States, the most violent states are found in what is known as the Bible Belt.

Of course, it would be intellectually dishonest to pretend that religiosity, or the lack thereof, is the sole determinant of violence and crime in a society. Coincidence is not the same as causation. Many other elements come into play: existential security, geopolitical significance to neighboring countries, monetary resources, and income disparity are all powerful determinants of a country’s crime rates. Nonetheless, the specific argument I’m addressing: the notion that without god, Homo homini lupus (man is wolf to man), crumbles when one looks at the facts.

There’s another reality of which most Yoga Flavored Life readers are no doubt personally aware: those who practice yoga and meditation regularly — some of whom are religious while others are not — are some of the most peaceful people on the planet! This should come as no surprise; a practice that encourages introspective awareness, holistic living, and a deep respect for the interconnected nature of all things cannot help but have a positive impact on their practitioners. That positive impact tends to overflow toward other living beings.

I am not inherently hostile toward religion. I consider it an important anthropological and cultural phenomenon that can serve societal cohesion, help people find peace of mind,  and encourage them to live according to the universal “treat-others-as-you-wish-to-be-treated” dictum. Like any other human institution, however, it can go terribly wrong. On any given day, one cannot open a newspaper or watch televised news without discovering that sectarian conflicts — based largely on religious differences — are causing slaughter and mayhem around the world. While it’s fortunately true (although counterintuitive) that violence is actually decreasing around the world, the Pew Research Center recently reported that “Violence and discrimination against religious groups by governments and rival faiths have reached new highs in all regions of the world except the Americas” (Reuters, January 14, 2014). Something is obviously wrong here.

Mohandas Gandhi famously said that “In reality there are as many religions as there are individuals.” Add the words “and/or philosophies” to that statement, and I wholeheartedly agree. Perhaps it’s time for the question to be altered and inverted: how may human beings live morally and ethically with the global profusion of god-concepts — and the violence they seem to generate?