You are here: Home / Pranayama / The Science of Breath 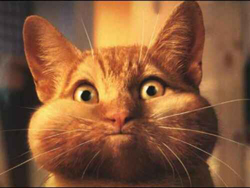 Why are we touching upon this subject again this week?  In truth, it is because I have found profound benefits through regular Pranayama practice – even in the short month since I began.  Following the advice and guidance in Iyengar’s Light on Yoga

and Light on Pranayama

, I began a twice a day Pranayama practice back in late May.  I can tell you that the benefits to your health, well being, concentration, evenness of emotions – and especially your Yoga practice – are well worth the effort.

Whilst surfing the Internet looking for an interesting topic to base this week’s article upon, I came across a wonderful pdf copy of a book written in 1903.  Once I read it and did a little more research, I realized it was too precious a gem not to pass on to you.  As the copyright was not renewed, it is a free public domain e-book of the original and available for you at the end of the article.  As someone who has personally found the amount of information in regards to Pranayama a little daunting at times, I would recommend this to anyone.

Written by Yogini Ramacharaka in 1903, The Hindu Yogi Science of Breath still remains one of the best guides to the science of breathing condensed into seventy-one pages.  Written with the western world in mind, Ramacharaka writes in plain English, stripping away until only the core teaching remains in plain and practical terms.  The physical, psychic, mental and spiritual phases of the science of breath are covered, each in turn.

Ramacharaka also provides step by step instructions in a great variety of the most common and most beneficial breaths, including my personal favourite – rhythmic breathing.  In my humble opinion, this breath technique is one of the easiest to master as well as providing a wellspring of Prana-energy to direct when coupled with will.

All is in vibration. From the tiniest atom to the greatest sun, everything is in a state of vibration. There is nothing in absolute rest in nature – single atom deprived of vibration would wreck the universe. In incessant vibration the universal work is performed.

Matter is being constantly played upon by energy and countless forms and numberless varieties result; yet even the forms and varieties are not permanent. They begin to change the moment they are created, and from them are born innumerable forms, which in turn change and give rise to newer forms, and so on and on, in infinite succession.

Nothing is permanent in the world of forms, and yet the great Reality is unchangeable.  Forms are but appearances – they come, they go, but the Reality is eternal and unchangeable.  The atoms of the human body are in constant vibration. Unceasing changes are occurring. In a few months there is almost a complete change in the matter composing the body, and scarcely a single atom now composing your body will be found in it a few months hence. Vibration and constant change…in all vibration is to be found a certain rhythm- the rhythm of life itself.

Rhythm pervades the universe. The swing of the planets around the sun; the rise and fall of the sea; the beating of the heart; the ebb and flow of the tide; all follow rhythmic laws. The rays of the sun reach us; the rain descends upon us, in obedience to the same law. All growth is but an exhibition of this law. All motion is a manifestation of the law of rhythm.  Our bodies are as much subject to rhythmic laws as is the planet in its revolution around the sun.

Much of the esoteric side of the Yogi Science of Breath is based upon this known principle of nature. By falling in with the rhythm of the body, the Yogini manages to absorb a great amount of Prana, which she disposes of to bring about results desired by her. We will speak of this at greater length later on.  The body which you occupy is like a small inlet running in to the land from the sea. Although apparently subject only to its own laws, it is really subject to the ebb and flow of the tides of the ocean.

The Sea of Life and Vibration

The great sea of life is swelling and receding, rising and falling, and we are responding to its vibrations and rhythm. In a normal condition we receive the vibration and rhythm of the great ocean of life, and respond to it, but at times the mouth of the inlet seems choked up with debris, and we fail to receive the impulse from Mother Ocean, and disharmony manifests within us.

You have heard how notes on a violin, if sounded repeatedly and in rhythm, will start into motion vibrations which will in time destroy a bridge. The same result is true when a regiment of soldiers crosses a bridge, the order being always given to “break step” on such an occasion, lest the vibration bring down both bridge and regiment. These manifestations of the effect of rhythmic motion will give you an idea of the effect on the body of rhythmic breathing. The whole system catches the vibration and becomes in harmony with the will, which causes the rhythmic motion of the lungs, and while in such complete harmony will respond readily to orders from the will.

With the body thus attuned, the Yogini finds no difficulty in increasing the circulation in any part of the body by an order from the will, and in the same way she can direct an increased current of nerve force to any part or organ, strengthening and stimulating it.  In the same way the Yogini by rhythmic breathing “catches the swing,” as it were, and is able to absorb and control a greatly increased amount of Prana, which is then at the disposal of her will.

She (the Yogini) can and does use it as a vehicle for sending forth thoughts to others and for attracting to her all those whose thoughts are keyed in the same vibration. The phenomena of telepathy, thought transference, mental healing, mesmerism, etc., which subjects are creating such an interest in the Western world at the present time, but which have been known to the Yogis for centuries, can be greatly increased and augmented if the person sending forth the thoughts will do so after rhythmic breathing.

Rhythmic breathing will increase the value of mental healing, magnetic healing, etc., several hundred per cent. In rhythmic breathing the main thing to be acquired is the mental idea of rhythm. To those who know anything of music, the idea of measured counting is familiar. To others, the rhythmic step of the soldier;”Left, right; left, right; left, right; one, two, three, four; one, two, three, four,” will convey the idea.

The Yogini bases her rhythmic time upon a unit corresponding with the beat of her heart. The heart beat varies in different persons, but the heart beat unit of each person is the proper rhythmic standard for that particular individual in her rhythmic breathing. Ascertain your normal heart beat by placing your fingers over your pulse, and then count: “1, 2, 3, 4, 5, 6; 1, 2, 3, 4, 5, 6,” etc., until the rhythm becomes firmly fixed in your mind.

A little practice will fix the rhythm, so that you will be able to easily reproduce it. The beginner usually inhales in about six pulse units, but she will be able to greatly increase this by practice. The Yogini rule for rhythmic breathing is that the units of inhalation and exhalation should be the same, while the units for retention and between breaths should be one-half the number of those of inhalation and exhalation.

The following exercise in Rhythmic Breathing should be thoroughly mastered, as it forms the basis of numerous other exercises in the science of breath and will allow you to eventually affect self healing amongst other benefits…

1. Sit erect, in an easy posture, being sure to hold the chest, neck and head as nearly in a straight line as possible, with shoulders slightly thrown back and hands resting easily on the lap. In this position the weight of the body is largely supported by the ribs and the position may be easily maintained. The Yogini has found that one cannot get the best effect of rhythmic breathing with the chest drawn in and the abdomen protruding.

6. Repeat a number of times, but avoid fatiguing yourself at the start. When you are ready to close the exercise, practice the Cleansing Breath, which will rest you and cleanse the lungs.

2. Retain the air a few seconds.

3. Pucker up the lips as if for a whistle (but do not swell out the cheeks), then exhale a little air through the opening, with considerable vigour. Then stop for a moment retaining the air, and then exhale a little more air. Repeat until the air is completely exhaled. Remember that considerable vigour is to be used in exhaling the air through the opening in the lips.

(The instructional content was retrieved directly from The Science of Breath, with minor formatting modifications.)

I hope this small but effective work of Ramacharaka enriches your life and your practice.  I wish you peace and true happiness…here is the pdf file link.  science_of_breath.pdf

Dedicated to an individual searching for truth
Yogi Ramacharaka
Life: 1862-1932