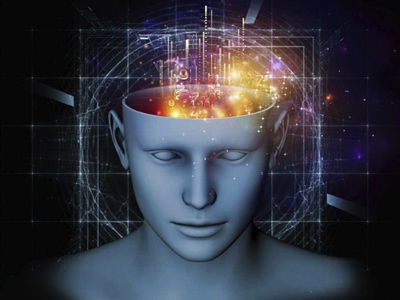 What is it about an encounter with the past that make the strongest woman or man weep? A scent, a sound, a song, a sight — they take you back to decades earlier, and a tsunami of nostalgia knocks you over. The memories are bittersweet; almost without fail, they bring moisture to your eyes. If you indulge the memories, the tears are almost guaranteed to spill over.

Most of us have also experienced deja vu, the near-certainty that we have been in a current situation before and that we know what’s coming around every corner. Like nostalgia, this experience is uniquely human, a product of our highly-developed prefrontal cortex.

I was reading a post last night on the Rewire Me website that addressed some of the benefits and liabilities of this adaptation. The author quoted the pioneering psychologist Paul D. Maclean, who created a means of exploring the evolution of the human brain through what he called The Triune Brain Model. Dr. Maclean’s focus was the coexistence of “rational human behavior with more primal and violent outbursts.”

Almost everyone is familiar with the first of the three parts of Maclean’s Triune Brain Model: the Reptilian brain. This is the brain stem, the oldest part of the human brain and the source of instinctive behavior such as feeding, fighting, flight from predators, and mating. The second part is the Paleomamammalian, the midbrain, which produces emotion and affect. The third Maclean labeled the Neomammalian, otherwise known as the cerebral cortex. This is the source of our rational thinking and has an executive function over the older parts of the brain– most of the time.

During periods of intense stress, the cortex can be overruled by the brain stem and the midbrain. Instinct takes over, temporarily flooding the body with adrenaline to enable fight or flight. This worked well for our forebears in the ancestral environment, whose stresses tended to come in short bursts: the chase by a Sabre-Toothed Tiger, the encounter with a hostile rival tribesman. The problem for us is that we still have the same biological processes as these paleolithic humans, but our stress tends to be more psychological and open-ended. When the fight-or-flight response becomes chronic, the ability of the cortex to regulate the lower parts of the brain often becomes impaired. When this happens, your ability to control your emotions can be worn down. The flood of adrenaline — designed by evolution to kick in only in the face of danger — becomes the new norm. This can lead to a wide variety of physical and emotional illnesses.

This is why mindfulness meditation (or something like it) is so important for 21st century human beings. In my next post, I’ll go into the way mindfulness can counter the hijacking of the cortex by the midbrain and brain stem. I’ll also explore some of the latest scientific findings about such uniquely human experiences as deja vu and nostalgia.