You are here: Home / Meditation / Vipassanā Meditation: The Honing of Insight 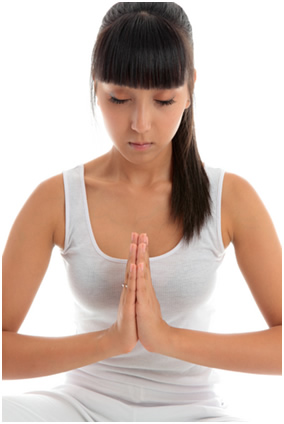 Vipassanā is a Pali word meaning “insight” or “clear vision.” Vipassanā or Insight Meditation is an ancient meditation technique that emerged thousands of years ago in India. It is traditionally credited to Gautama Buddha, but it is more likely that he resurrected it from an earlier tradition and popularized it. The Insight Meditation practitioner sits quietly, simply observing her mind. Rather than using a mantra or following the breath (as in Samatha, or calming the mind), she simply witnesses her own mental states with steadfast attention, becoming fully aware of the impermanence of all things.

All sentient beings are said to be defined by three concepts: anicca or “impermanence;” dukkha or “dissatisfaction;” and anattā or “non-self.” This is not nearly as bleak as it sounds! If impermanence were not the way of all things, we would never experience our children growing up, never find relief of pain, and never improve our lives. The teaching on dukkha is a simple acknowledgement that all beings with sense organs experience dissatisfaction: hunger, desire, and pain.

The concept of anattā is central to every school of Buddhist thought. It is the idea that there is no such thing as a separate “self;” all selves are part of a whole. Part of the goal in Insight Meditation is to become fully cognizant of this stunning fact. We are all made of “non-self” parts—traits inherited from our parents, elements derived from our environment, and our feelings, desires, and other mental states. Take away any one of these, and we would cease to exist. When one becomes convinced of the reality of non-self, compassion and nonviolence become as natural as breathing. The “other” is a part of you, as you are a part of me. It makes no sense to think of preserving the well-being of another in terms of personal sacrifice; in taking care of another, you take care of yourself.

What about Nirvana? What does it actually mean, and how does it inform this particular worldview? The word is Sanskrit, and translates roughly as “blowing out.” In the Buddhist context, it means the extinction of the three fires of hatred, greed, and delusion. It is the opposite of samsara, the endless cycle of birth, death, and rebirth. Many in the west are surprised when they first learn that reincarnation was not viewed positively in ancient India (as a second chance to get things right); it was a cycle from which one sought release. Nirvana for the ancient Indians meant the extinction of the self, the end of samsara and union with the Self, an idealized, transcendent identity. For the Buddha (whose point of view was nontheistic), it simply meant bliss: the extinction of all desires that resulted in ultimate peace.

Samadhi is required for Insight Meditation: it means “concentration of the mind.” When one achieves this, it leads to prajñā, or “wisdom.” It was thought that achieving prajñā while living according to the Mindfulness Trainings (abstention from killing, stealing, sexual misconduct and intoxication) would lead the practitioner to Nirvana, the ultimate goal. The individual would become enlightened and released from samsara.

Can these concepts be helpful for those who do not believe in reincarnation? I believe they can. The Mindfulness Trainings are applicable to anyone who wants to follow a spiritual path—anyone who wants to be fully human, in fact. Impermanence is an observable fact; we are in a perpetual state of flux, as is everything around us. We all experience dissatisfaction and long for enlightenment. There’s no question that greed, hatred and delusion cause us to suffer, just as it’s clear that a “non-self” attitude of compassion for others leads to happiness. The honing of insight through Vipassana meditation can be of immeasurable benefit to all of us.