You are here: Home / Everyday Spirit / What Is Holistic Spirituality? 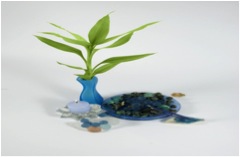 Not long ago, an acquaintance of mine asked me what my religious affiliation was. I was caught just a bit off-guard; this person and I had not yet crossed into genuine friendship territory, and the question seemed quite personal. I told her that I didn’t belong to any particular religious group, but practiced holistic spirituality. She was puzzled: it was clear she hadn’t heard the phrase before. She asked point blank, “What’s that?” The fact that I was less than 100% prepared to answer that question prompted me to give it some thought, which in turn led to my writing this post!

When people hear the term “holistic spirituality,” a host of images usually come to mind: candles and incense, people doing yoga to Ambient New Age music; meditating in the Lotus Pose, and chanting mantras. All these (and more) are indeed potential elements of holistic spirituality, but I view it first and foremost as a particular way of seeing the world.

For me, holistic spirituality is very much about overcoming the dualistic mentality that has been enshrined in Western thought for millennia: the notion of opposing forces at war. Centuries of thought have conditioned us to conceive of the Universe in terms of various clashing elements, such as flesh vs. spirit,; good vs. evil; dark vs. light; and so on. In contemporary holistic spiritual practice, devotees work instead toward cultivating a sense of the oneness of all things. We do not conceive of our bodies and spirits as being opposed to one another, but embrace the view that mind, body and spirit comprise a unified whole (putting the “holistic” in holistic spirituality). According to this view, human beings are neither heroically good nor abysmally evil in their totality; rather, they are infinitely varying mixtures of light and shadow sides. (Of course, most practitioners of holistic spirituality would concede that there are individuals who—for whatever reason–so fully embrace their shadow sides that the light is fully extinguished. I doubt we would find many practitioners who would contest the idea that these people cause a great deal of harm.)

In this approach to spirituality, divinity is not perceived as a transcendent being standing outside creation, but an immanent spirit suffusing it. I know both non-theists who are intensely spiritual, and devout faith practitioners in whom the divine spark has been all but entirely snuffed out. And the converse is true as well.

In terms of spiritual practice, the great common denominator among practitioners is some form of meditation. This takes many forms: mantra repetition; candle-gazing; conscious breathing; labyrinth walking; the creation of Mandalas; and others. What these practices have in common is that they are all methods of focusing the mind in order to gain clarity and insight. My own approach is to combine elements of Insight Meditation and Transcendental Meditation. I’ve had a Sanskrit mantra that I’ve been using for more than a decade, and it’s served me well. Of course, there’s no need to select a mantra in an obscure language; anything that helps one focus and quiet the mind is a good choice.

Since that day when that acquaintance I mentioned asked me about my religion, the two of us have, in fact, crossed into “friend” territory. Interestingly enough, it was the “contrast and compare” element of our conversation (she’s a devotee of one of the “Big Three” monotheistic faiths) that kicked off our friendship, and it’s going well. Although I don’t have supernatural beliefs, I have no problem relating to those who do (so long as I don’t sense that their agenda is to make a convert rather than to simply relate). I like the approach of The Brights, an online community of people devoted to illuminating the naturalistic worldview. They refer to themselves as “Brights” and those who view the world through a supernatural lens as “Supers;” so there’s no built-in sense of superiority in their nomenclature.