You are here: Home / Yoga Tips / Why all the Fuss about Fizzy Yoga? 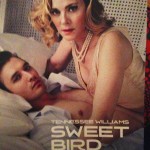 First coined by Kim Catrall (the star best known for her role as Samantha in Sex and the City).  News of Fizzy yoga has recently bombarded the media air waves? But what exactly is it?

Fizzy Yoga is the catchy name that Kim Catrall labeled physiyoga a routine, which is a combination of physical therapy, yoga, massage and alignment.  Catrall has become a fan of it claiming that “it saved her life, during her grueling work schedule in London, England where she played the role of Alexandra del Lago in Tennessee Williams’Sweet Birth of Youth.  The show involved eight shows a week, in addition to the rehearsal schedule

Although Catrall has recently made it all the rage, physiyoga has been around for a bit.    Most physiyoga therapists have both a physiotherapist degree and are certified yoga instructors.  This combined knowledge lends to a highly therapeutic approach to yoga.

Generally, the physiyoga model is based of an integrated systems model.  This model focuses on the body as a whole and lends to a more gentle practice.  It works by helping realign the body and alleviate overall pain.

Diana Zotos, the therapist that worked with Catrall begins her practice with an overall physical assessment of the individually. She then constructs an individualized plan focused on strengthening weak muscles while stretching tight ones, targeting deficits, and working on developing a strong core.   Zotos, like most other physiyoga practictioners, currently use this program on a one to one basis.

Generally, it suits everyone, however, it is important to remain in tune with your body’s specific needs.   Physiyoga has been documented to help with several chronic pain issues such as knee, back and even arthritis.

The combination of three principles (massage, yoga and physio therapy) is what makes this practice so powerful.  By the sound of it, it takes the best of each practice and beautifully melds them together.

After reading all about this now popularized form, I wanted to try a class.   I was delighted to find that there were a few local practitioners (local meaning about an hour away.  The one studio I found offered a physical therapy type class in a small group session.  It offered postures that worked with the specific needs of the individuals.

I’m extremely interested to see how this trend will transform in the next few months.  My prediction is that we will soon be seeing “fizzy yoga” classes everywhere.