You are here: Home / Philosophy / Yama – Ethics for all Humanity…Part I: Ahimsã 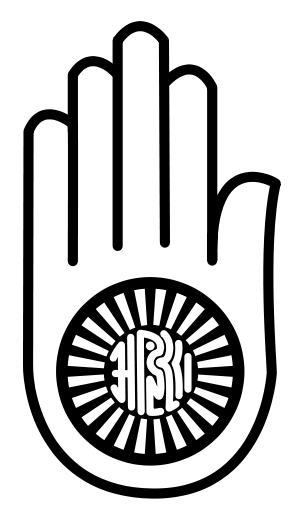 In a world gone mad where ethics are seldom pure, politicians are expected to lie, and the very foundation of our society appears to be falling from beneath us; it may time to consider Patanjali’s commandments that were designed to transcend country, creed, religion, age, and time.  Patanjali wrote these commandments to apply to both the whole and the individual – rules of morality for both the society and the person living within the society.

Yama – the first of the Eight Limbs of Yoga described in Chapter II of the Yoga Sutra – is defined as ethical disciplines.  There are five principles that if not followed will lead humanity towards much of what we see happening in the world today: Chaos, violence, covetousness, stealing, and untruth.  According to Patanjali, the best way to combat the root of these problems is by consciously redirecting our thinking towards the following principles:

In the Sanskrit language, the word Ahimsã is something more than a command not to participate in killing or using violence; its wider meaning is love itself.  This love embraces all of God’s infinite Creation, as we are all Children of Allah.  This same command applies to Nature and all its wondrous diversity:  Do not kill, and practice non-violence.  The true Yogi or Yogini believes that to kill or destroy any being or living thing is to wrong the Creator Itself.

We must understand that violence is a state of mind – not the actions we see manifested by such states.  One can choose to use a knife to cut fruit, or to kill or harm another.  Violence is nothing more than the minds manifestation of fear, weakness, ignorance, or restlessness due to feelings one cannot act.  When we can see ourselves and everything around us as Holy Creation and base our faith in this truth, freedom from fear and ignorance follow naturally.

The right to live

We are all Yogis and Yoginis; aware of it or not.  Those who have realized their sacred place in our world believe that every creature has as much right to live as the Yogi or Yogini.  These men and women know their lives are linked deeply with all other life, and rejoice when they can provide joy and solace to those around them.  The Yogi or Yogini realizes that they have been placed here on this earth in the service of others, and he or she looks upon all of Creation with eyes of love.

An integral part of Ahimsã is Akrodha, or freedom from anger and Abhaya, or freedom from fear.  In order to free ourselves from fear, we must lead a pure life – a life purified through the study of Self.  There are many fears we give power to in our daily existence:  The fear of loss of wealth, job, and reputation, the fears of the future, and of the past, and of things unseen and unknown to us.  Most prevalent in our society is the fear of death itself.  The Yogi or Yogini knows that the body is a temple – a temporary house for the infinite Spirit, and is able to see the macrocosm in the microcosm, as well as him or herself within the whole.  Death becomes a friend; a constant reminder to remain in the moment; relish it, and live fully every minute of every day. When we fully realize our own immortality and rest in the arms of Creation, fear leaves us forever.  How can one who cannot be harmed in any way, has always been and will always be…be harmed?

Akrodha (freedom from anger) really applies to the first of the two types of anger.  The first type of anger manifests itself whenever we feel slighted or wronged in some fashion, or we see others harming themselves or those weaker than they are.  When our minds enter the state of being angry, our judgment becomes clouded, and we strike out at the wrongdoer.

Oppose the wrong, not the wrong-doer

The second type of anger is ‘self-felt’ by the Yogi or Yogini when he or she acts against their better nature.  This type of anger can lead to spiritual growth in the aspirant, as being stern with one’s own failings can lead to increased willpower and greater focus.  It is important to remember that in being stern with ourselves, we must still balance forgiveness for the times we find ourselves falling down.

Another attribute that goes along with the first commandment of Ahimsã (non-violence) is gentleness.  The Yogi or Yogini is firm with themselves and hold their actions and thoughts to a higher ideal, while at the same time forgiving the wrong actions of others.  This gentleness of mind allows the yogi or Yogini to empathize with any suffering he or she sees, and strive to alleviate that suffering out of gentle love for those he or she sees as part of themselves and all Creation.

Rather than seeing someone who commits a wrong against another as being bad, the gentle mind and heart of the Yogi or Yogini reacts with firm love – as a mother might who loves her children dearly but must cure them of a bad habit before it becomes destructive.  The gentle spirit of the Yogi or Yogini radiates outward from their core, and is recognized by Nature and all of Creation for its peaceful and forgiving ways.

As each of the five commandments of Patanjali is an article in themselves, this will be a five part series which will run over the next seven or eight weeks, interspersed with other articles to keep the content for our beloved readers fresh and interesting.  I look forward to your feedback and any questions or discussions our readers may wish to engage in on the subject!