You are here: Home / In The News / Is Yoga For Everyone? 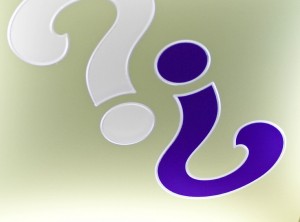 Imagine my surprise, considering the vast enjoyment of yoga across the world, to come across this article in the New York Times. In it, the author explores the practice of Glenn Black, an instructor in New York who feels that yoga has become too widespread as a general class, and that it is not, in fact, for everyone. He claims that many people can easily sustain injuries in yoga, especially in particular poses, and that it isn’t necessarily the heal-all that it has been promoted as. Hmm. Quite the contradiction from what everyone else is telling us.

I should point out that Mr. Black is quite the yoga master and capable of some pretty impressive poses. He teaches a class in which he pushes his students to their max, but points out that students must learn what their breaking point is and when to stop and this type of mindfulness is a vital part of any practice. The author of the article also cites some pretty impressive sources to back his theory, with many people in the medical profession acknowledging that yoga, like anything involving the body, can be potentially dangerous if not done properly.

From my own humble opinion, I think this is for several reasons. First of all, the yoga craze over the years has led to many people getting trained as instructors, despite not necessarily being cut out for the role, be it due to their personalities, their egos or their motivations behind teaching. This has led to a lot of “qualified” people who might not necessarily bequalified, if you catch my drift and the author for the Times agrees with me. At the end of the day, it all comes down to research. Research your instructor, their credentials and the credentials of their teacher, to ensure that you will be taught yoga in a way that is safe and will prevent injury, as much as possible.

I also think we are in a society in which competition has become so apparent in all fitness classes, yoga included. We constantly feel a need to up the ante or do better than the person on the next mat, not necessarily listening to our own bodies.

And finally, there are some people who I just don’t think are cut out for yoga. But when it is present on every street corner, everyone wants to be a part of the latest craze. This isn’t to say that those people can’t benefit from the great aspects of yoga such as meditation, mindfulness and inner peace. It just might need to come without the body-bending. Or the solution might be as easy as changing the type of yoga you practice to one that is less demanding on your body.

It all comes down to listening to yourself, what your body is telling you and what it needs. I know I have a knee injury and there are certain poses I cannot do. So I don’t. That’s all there is to it. No one can force me. But if you come into contact with a teacher who tries to push you beyond what you think is possible, it is time to leave. Immediately.

So is yoga for everyone? I don’t think so. And although it is possible to injure yourself in yoga, the same could be said for the most simple of activities involving the body. Injuries take many forms and aren’t exclusive to the yoga studio. At the end of the day, a lot of responsibility falls on our own shoulders to listen to our bodies, take it easy and do the proper research.