You are here: Home / In The News / Trampling the Goddess Underfoot 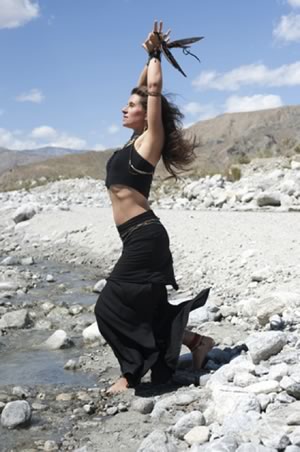 Attacks on Women’s Rights: An Affront to Humanity

Women’s rights—or rather, seemingly unprecedented attacks on them—have been prominent in the news of late. I realize that many people look to yoga blogs to be above the fray of politics, a refuge from its endless pettiness and power plays. But sometimes rhetoric becomes so toxic and anti-human that practitioners need to sit up and take notice; the heart of compassion will not allow us to tolerate bullying words and actions by the powerful and the well-funded. As a political moderate and a registered Independent, I do not write here in support of any party or candidate, but as a stalwart supporter of human rights, women’s freedoms and full equality.

As I’ve mentioned in past posts, I consider the primary goal of a meditation practice to be ongoing awareness of what’s going on, both inwardly and outwardly. Outward awareness and the principle of ahimsa demand that practitioners be vigilant whenever extreme and inhumane rhetoric gains currency in the public sphere. I believe that what is fueling the current public obsession with reproductive choice, personhood for zygotes, and forced ultrasounds is little more than a cynical ploy to bring flagging culture war issues back to the fore in an election year here in the States. As marriage equality becomes more and more of a non-issue (thanks to a state-by-state realization that the freedom of all adult citizens to marry is the civil rights issue of our time), the culture warriors are focusing all their attention on the old standby: women’s reproductive freedom. This issue is easier to get people riled up about than such relatively dry topics as economics, environmental policy and the administration of health care (the issues that need our attention the most).

The way candidates seem to be trying to out-do each other in the extremity and outrageousness of their statements about women’s issues is highly alarming. Instead of honoring the sacred feminine, these views verbally trample the Goddess underfoot; we all know that violent words lead to violent actions. Many of the ideas being promoted right now—such as attacks on Planned Parenthood and similar organizations—constitute an assault on the most economically vulnerable women in our society.

Some may reply that this response itself represents an extreme view. But consider this: several states already have laws on the books requiring women to have a transvaginal ultrasound before terminating an unwanted pregnancy.  There are over 200,000 cases of sexual assault in the U.S. annually, not counting the huge number of cases that go unreported. This means that in several American states in the 21st century, a woman seeking to terminate a pregnancy brought about by sexual assault must first submit to what amounts to state-sanctioned rape. This is simply intolerable.

The rhetoric we’ve been hearing extends beyond the fractious issue of abortion, however, to include the criminalization of birth control. That’s right: major contenders for the office of President of the United States are actually stating publically that they are opposed to family planning. If these views were to carry the day—and I truly hope the majority of my fellow citizens will not allow that to happen—it would signal a return to an era in which women were under male domination and control; a rollback of many decades of hard-won freedoms.

This is, in my view, a prime example of dogmatic thinking trumping concern for human welfare. All of the men (and they are all men) expounding these archaic, sexist notions is outwardly, publically religious; but they have not allowed the compassionate and humane heart of their religions to penetrate their minds. In my view, whenever dogma—be it religious or secular—is harmful to human life, it ought to be reinterpreted or jettisoned. That is how we advance and evolve as a species. We must honor and value the sacred feminine, not allow it to be trampled by a relentless and cynical political machine.

Attacks on women’s rights make a society ugly; they constitute an affront to humanity itself. As practitioners of yoga and meditation animated by the principle of ahimsa, let’s devote ourselves to civility, moderation and compassion in the face of election year hysteria. By always placing humane considerations above dogmatic ones, we can transform our society in beautiful ways.